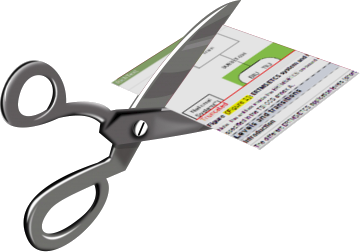 Thousands of users are using formalmind Studio on a regular basis, and we get a lot of positive feedback and words of encouragement.  But there is one thing that drives many users mad: If an attribute is large, then it is not shown as a whole, but “truncated”.  This is particularly annoying for embedded images.  While there has been a work-around (using edit mode), this was cumbersome and not really that user-friendly.

Therefore, we finally addressed this issue, by building a new Specification editor.  Don’t worry the old one is still there, in case you prefer it.

Where do I get it?

If you don’t use formalmind Studio yet, get the free download. If you have  formalmind installed, you should get a notification of the update.  You can trigger the update manually via Help | Check for Updates.

The Specification Editor is probably the most important editor in formalmind Studio: It shows a single “Specification”, a hierarchical list of requirements.  Users can customize it

to show only those attributes of interest.

Rather than changing the existing editor, we created a new one.  If you find an issue with the new you can always go back.  To do so, right-click the .reqif file in the Project View and select Open With… | Reqif10 Model Editor.  This choice is remembered for that file.  To use the new editor, select Open With… | fmStudio Main Editor.

With the latest version of formalmind Studio, the new editor is the default.  Which one is used can be recognized by the editor icon: the new one

or the old one

Rearrange Columns with Drag and Drop

The new editor also finally allows the moving of columns using drag and drop.  Grabbing the column header and dropping it on another one will insert it to the left of the target column.

The screenshot below demonstrates how the showing of truncated content works: simply move the mouse over a truncated cell, and after a short delay, the complete content is shown. The preview extends as far down as needed, showing scrollbars if necessary.  The preview stays visible until the mouse is moved away (or the user hits escape). Scrolling works both with mouse and keyboard.

You may notice that the outline has also changed in multiple ways.  First, it only shows the elements of the opened Specification, removing the clutter that was shown before (other Specifications, list of all SpecObjects, etc.).  These are still accessible when the main editor

Third, each Specification Editor has its own selection.  So if a model has multiple Specifications and you open them all, the outline selection changes with the active editor.

Last, there were some scenarios where the selection in the editor was lost, resulting in the cursor jumping to the beginning of the table.  Obviously, this can be very annoying, especially with large specification.  This should not happen any more.

There are many more small bug fixes and improvements, which should make working with formalmind Studio more pleasant.  Enjoy!

Image courtesy of vectorolie at FreeDigitalPhotos.net