ReqIF is here – what now? 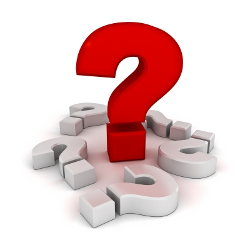 The Requirements Interchange Format (ReqIF) came a long way, ever since its inception in 2004, when members of the Herstellerinitiative Software (HIS), a trade association of five major car manufacturers, decided to commission the creation of a requirements exchange format.  Step by step, the standard became more mature and was changing patronage, until it finally became an international standard of the Object Management Group (OMG), a not-for-profit computer industry standards consortium.

Recently the focus for ReqIF changed from standardization (pretty much done) to applicability. In particular, users and tool vendors are actively ensuring interoperability of the various tools that support ReqIF, by working together in an Implementor Forum that is lead by ProSTEP iViP, an association for the manufacturing industry.  Eight tool vendors work peacefully together to ensure that requirements data exported by one tool can be processed by another.

This is good news for manufacturers and suppliers of industries where requirements are exchanged.  But what does this all mean?  Who is affected, what changes are expected?  This article makes an attempt to answer some of these questions.

In general, all users that need to exchange requirements can benefit from ReqIF.  In the past, means of exchanging requirements were either lossy or proprietary: Exporting requirements as an Office Document or as a PDF is usually lossy, while proprietary solutions tend to be expensive.  Having an exchange standard makes proprietary mechanisms unnecessary and the exchange data has no or little information loss.

Who is affected by ReqIF?

In the short term, suppliers to automotive manufacturers (OEM), particularly German ones, will probably be affected.  The OEMs participating in the ProSTEP implementor forum are likely to migrate to ReqIF, thereby requiring their suppliers to receive and submit requirements information in the ReqIF format.

Which automotive suppliers use ReqIF, or plan to use it?

Participants of the ProSTEP Implementor Forum are (in alphabetical order) BMW, Daimler, and the Volkswagen Group. There may be more manufacturers that decided not to participate in the forum.

Eight tools are participating in the testing performed by the Implementor Forum: Besides Formal Mind’s ProR, participants include PTC Integrity, Rational DOORS, Atego Exerpt, Requisis ReX, IBM DOORS Next, enso managers ReqIF Server, Visure Requirements.  More tool vendors plan on joining the testing effort, and there may be other tools outside the forum’s activities.

The open source version of ProR can read and write ReqIF files, thereby allowing the inspection of ReqIF files without any investments.  Formal Mind provides a suite of free extensions called ProR Essentials that can compare ReqIF files (useful for finding out what’s changed) and other useful things.  A commercial version that supports the requirements exchange process is in the works.

Today’s activities clearly are concerned with ReqIF.  We are not aware of legacy data exchanges using RIF (any version) that are in production, although there have been pilots using RIF.  Further, all tools mentioned above do support ReqIF 1.0.1 and 1.1.  These two versions have the same schema and are therefore identical, from a tool’s point of view. Therefore, we believe that RIF will quickly lose the little significance that it once had.

There is a well-defined change process at the OMG.  For instance, in April 2013, ReqIF 1.1 was released.  However, 1.0.1 and 1.1 have the same schema (only the textual description changed).  We don’t expect any major changes in the near and medium future.

Is there an open toolkit for working with ReqIF?

Yes.  The Eclipse Requirements Modeling Framework (RMF) is an open source library that can read, write and manipulate ReqIF. RMF comes with a user interface called ProR, which is a full-fledged tool for working with requirements.  RMF is the first open source reference implementation of ReqIF. Formal Mind provides free and commercial extensions for ProR.

Does ReqIF matter outside the automotive industry?

Yes. For instance, the Topcased project (aviation, driven by Airbus) integrated ProR into their toolchain, thereby supporting ReqIF.  A number of projects that are concerned with Eclipse-based systems engineering are adapting ReqIF, like the Rodin tool for Event-B modeling.  While the automotive industry, as the driver of the standard, is acting as the early adapter, it is clear that impact of a solid standard is having an impact everywhere.

My question was not answered here – what now?

Sorry to hear that.  Please, drop us an email with your question, and we will extend this list over time.